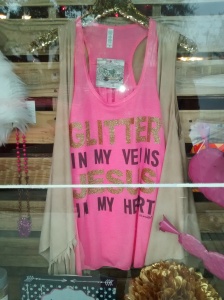 So, people have been asking for stories about Texas. And oh, how I want to comply. I have stories. I have stories about going to a rodeo, and the culture shock of all the American flag-waving, horse-riding, gun-toting, public-place praying, Mexican-immigrant joking that went on. I’ve been told that the announcer with his off-color jokes was particularly bad, and I shouldn’t judge all rodeos based on that one encounter. So I’m trying not to. Really, I’m trying.

And then there’s the fact that Texas public schools say a pledge of allegiance to the American flag and then…wait for it… the TEXAS flag, too! I did not see that one coming. I had to mumble through it before a room full of critical second graders. It was traumatic.

We visited a church where the pastor said that economic inequality in America was made up by the liberals. Wait. What? Also, that we don’t need science, because we have the Bible. And the devil is going to try and stop them from expanding their massive building, but if everyone gives to the building campaign, God will prevail.

Then there’s stories from the university– about how profs had to change the title of courses from evolutionary psychology to “developmental psychology” because students didn’t want to be forced to learn things against their religious beliefs.

And then there’s things like that t-shirt that we saw in a boutique the other day. “Glitter in my veins, Jesus in my heart”. There was also one that said, “Praise God I’m Southern.” The weird thing is, I don’t think these are ironic. Like, if I saw this in Dallas, I’d think it was a joke. But I kind of think this is sincere.

So why do I not just write about all these things all the time? Because there’s plenty of material here, folks. One reason is it’s just plain exhausting being in a place where you constantly feel like a fish out of water. And so when I’m tired and fed up I turn into my worst self, my sarcastic mean self, not the self that Jesus is creating me to be. I try to follow my Mom’s rule, “If you don’t have something nice to say, don’t say anything.” And so far I haven’t found a way to process this that doesn’t sound snarky.

I was reminded of this the other day when we were watching the really terrible movie New In Town (it was in the public library, okay. Options are limited). It’s about Minnesota, not Texas. And my husband’s from Minnesota. So there were things I could laugh about.

Blanche, the quintessential Minnesotian, is having a face-off with the new Miami factory manager after she discovers that tons of workers are going to be laid off. Blanche says, “It’s okay to pull the rug out from under folks as long as it’s nobody that you know? It’s okay because we’re just silly podunk Minnesotans, right? We talk funny and we ice-fish and we scrapbook and we drag Jesus into regular conversation. We’re not cool like you, right? So we don’t matter.”

I’m adjuncting the Intro to Sociology course for freshman at the university this semester. And one of the things we’re talking about is the importance of listening to people we disagree with, of refusing to caricature them, of seeing that people are people, and even if we don’t like their culture, or their ideas, or the way they talk, or the way they dress– they’re people. We don’t have to agree with people- because sometimes other people are wrong about stuff. But we need to take their best ideas, and honestly engage with them, not pick their worst and smash them to bits. As a Christian, I’m compelled to do this because of my belief that everyone is created in God’s image and is immensely valuable to him. And besides… I’m pretty weird myself.

Texans are people.  And I’ve met some pretty thoughtful, kind, caring people since moving to this little Texas town. We’ve been shown so much love and generosity by people here- from being given a bed when our air mattress bed popped, to meals, to a car to borrow–we’ve been loved.

It’s so much fun to mock earnest, sincere people. It’s so easy to use intelligence as a weapon. But it’s not very  loving. So no, I wouldn’t wear a glitter in my veins, Jesus in my heart shirt. I have, uh, many, many problems with that which I’d be happy to explain to you over coffee. But if I see you wearing one, hopefully I’ll remember the stuff I’m trying to teach and I won’t make fun of you. I give you permission to call me out if I do.